SORE THUMBS gets... a GOOD review?

Posted By Chris Crosby at 7:26 PM
It happened! The gates of hell will soon open and swallow us all. (Check out their podcast, it's neat.)

To make everybody feel better about a world gone mad, I will now link to David Duchovny's Blog.

Posted By Chris Crosby at 9:55 PM
I have been given the task of finding talented artists to team up with talented writers that are developing some fun new projects here at Keenspot. If you can produce at least three comic strips or more every week consistently and without fail and are interested in drawing a Keenspot comic, please E-Mail samples of your artwork to me at this address.

I am also looking for 3D character modelers. Those interested can also mail samples of your work to the E-Mail address above. 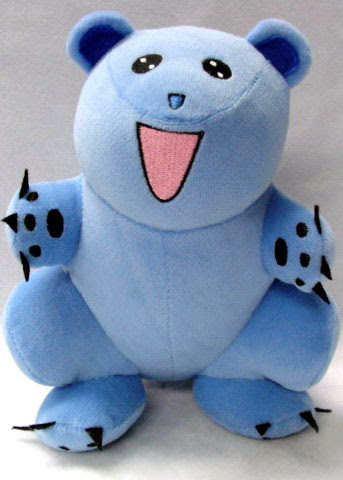 Posted By Owen at 12:48 AM
Here are some things I like that start with the letter B.

BERSERK - Manga-ka Kentaro Miura's epic, and I mean EPIC manga/anime is my favorite series. It's so well planned. My dream as a comic artist was always to do a bunch of separate stories written by various authors. A library full of different genres and authors, but Berserk makes me question that. Perhaps a giant personal style epic would be the ticket. Read more about the 'Zerk here .

I like the recent disks from Bloc Party and Bonnie "prince" Billly , they are lovely. I like other bands as well but their starting letters don't cut it.

This is unrelated, but I don't have cable T.V and the local broadcast of the O.C didn't have the ROTS trailer.
That sucks. I've always been proud to be a Canadian but now my whole perception is blown.
I don't know what's right and what's wrong anymore. Thanks a lot CTV!

Posted By Chris Crosby at 2:21 AM
Okay, TOMORROW is the one-year anniversary, not today. But actors record everything in advance, or something. It is in color today instead of black and white because we LOVE you. If you are confused by why the characters are acting slightly differently, read this strip. If you are still confused, have a look at a BIGGER VERSION of today's strip (you can read the teeny tiny text slightly easier that way). If you are STILL confused, I am wasting my time with you. But I still LOVE you.

Posted By Owen at 12:19 PM
I 'm web comics version of Paris Hilton! My blog got "hacked" and by hacked I mean I gave my password away whilst drunk, just like Miss Hilton. This wouldn't happen if people weren't so evil. If only I had a friend with the noble dignity of a pumpkin and the steadfast loyalty of a puppy dog. A man can dream though...A man can dream....

this is Jeff or "jahoo". I'm one of O.G. or "owen's" friends he asked me to write on his blog tonight
. we are and always will be really de-runk. but what ever I would like to clarifly a few things from previous blogs um first: 1, I was with owen on the set of Ryan
Renyolds new film " just friends" with owen : 2, I'm the reason owen hasn't played onimusha, because I borrowed it from him firs. sorry guys but it is a really cool game. So O.G. has been working alot lately and de-rinking alot lately so if he hasn't put up coments on this, but you can blame that on us, that is his friends, we like to make him drink way too often.


This round orange dog will have you lookin' at life in a whole new way.


Posted By Chris Crosby at 1:23 AM
PUPKIN is back and better than ever.